When I hear people expressing support for Trump – I don’t mean the rabid xenophobes, but the ordinary, otherwise relatively sane folk who think he’s ‘the best of two options’ or like him because he isn’t a politician – I feel like this.  I feel like someone whose friend has got into a relationship with an abusive partner.  I want to scream at them: ‘but can’t you see what he’s like?  Look at his previous partners!  Look at some of the things he’s said?  Why do you want to be in a relationship with him?’  And this imaginary friend says, ‘Oh, but he loves me.  He makes me feel great again.  He does just what he says he’ll do even if no-one else likes it.  He’s not a typical boyfriend.’

You can say that again.  DJT seems to know even less about the American political system than I do.  He seems to think he can run a democracy like you run a business: you steam in there, change everything, fire everyone you don’t like and issue a series of fiats.  Then when people complain you fire them.  If your fiats are against the rules, you change the rules.  There’s only one thing that matters and that is to be the boss.  No-one says NO to Donald J Trump.

Like so many abusive partners, Trump is a supreme egoist.  He cares for nothing so much as for having his own way.  And like my imaginary friend, his supporters cheer him on.  Why can’t they see it? 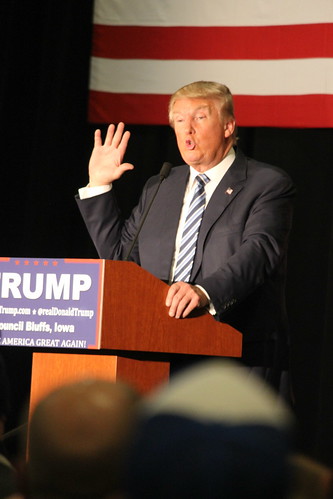