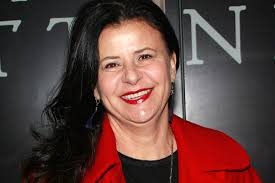 It is generally assumed that if you’re a white Northern European, you are Not A Christian.  Anyone who’s educated, enlightened and forward-thinking is automatically presumed to be either atheist, sceptical or at the very least agnostic: with Richard Dawkins preaching on every (virtual) street corner, it’s not a good time to have faith.  And yet according to the Guardian last year 43% of the UK population identify as having a Christian faith

and according to a Gallup faith survey in 2014 30% of the UK’s population identified as ‘religious’.

If you do declare a faith you are likely to encounter one of two approaches: either people may edge away from you and regard you as a freak who is likely to jump on them and start speaking in tongues; or they come at you with a barrage of questions such as ‘what about homophobia in the church?  How can you believe in god when there’s so much suffering?’ or ‘look at all the terrible things done in the name of god!’  In other words, you become an apologist for religion, expected to answer for all the evil committed in the name of God, as well as being expected to have an answer to all the big questions.

As I have previously said I think ‘do you believe in God?’ is the wrong question.  I have developed an answer to this which I have outlined here:

Interestingly I’ve found it much easier since I’ve become a Quaker.  People seem to have different associations with Quakers than they do with Christians in general, so the usual response is one of interest, not fear or hostility.  But it remains difficult in certain circles to ‘come out’ as a Christian.  Tracey Ullman has perfectly captured this in a series of sketches in her latest show (it’s 16 minutes in:)

This in itself is interesting.  I don’t know whether Tracey Ullman has a faith or not, but for a mainstream comic to do such a sketch may indicate that the tide is turning, at least in favour of more tolerance.

One thought on “Are You a Closet Christian?”