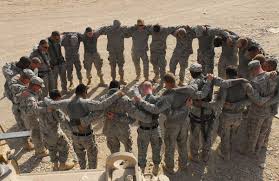 Without going into anything regarding election results or issues, there’s a group of people to whom I would like to pay tribute.  They are from all sections of the political spectrum, and without them elections cannot happen.  Who are they?  They are the foot-soldiers of democracy; the folk who run the polling stations, put up the signs, sit and wait for voters to come in, give out polling papers, tick names off lists.  It’s the folk who stay up late to count and recount the votes cast.  it’s the folk who go out canvassing for their party because they care about getting the vote out.

These are unpaid, thankless tasks.  Running a polling station is boring, counting votes is tedious and tiring and canvassing (if my experience last night is anything to go by) is cold and unrewarding.  But somebody has to do these jobs; and the folk who pitch in are, to my mind, among the most public-spirited in society.

So that’s today’s thought: hats off to the foot-soldiers of democracy.

2 thoughts on “The Foot-Soldiers of Democracy”