Oh yes it is!  Panto season has officially begun, and here you see me in my costume as the Prologue (and Epilogue) to Loughborough’s ‘Goldilocks and the Three Bears,’ performed last night at John Storer House.

More than just a panto, it was a phenomenon because with no script and only a basic story to work with, we did it all in just one day!  Yes, that’s right – in under twelve hours a cast of seven, one costume person and one props guy produced a sizzling, hilarious production which had a full house in stitches.

My part in it was to write and perform a Prologue and an Epilogue; and to that end, I sat in on some of the improv to get a feel of what was happening.  In an ingenious twist, Goldilocks was done as a stroppy teenager assisted by a magic talking tree, and the scenes were held together by a Paparazzi Pete, a dodgy reporter.  With those ideas in mind, I went home and cooked up these lines:

welcome to the Forest News

(I apologise for reading:

asks, is there life in Charnwood Borough?

Are we in the Goldilocks zone?

Can our heroine find a home?

In other news, if you go down

wardrobe had a hissy fit)

to the woods outside the town

you may find the strangest scene

three bears and a stroppy teen

and a magic talking tree

breakfast theft is on the rise

Papa Bear’s called it a ‘swiz’

with that story now unfolding

(and my dungarees just holding)

over in the forest quarter

we go live to our reporter.

So in comes Paparazzi Pete and the story unfolds.  It ends with a song and then I come on again:

We know we’ll never need to prompt ya

for our efforts so impromptu

cos it’s not an easy play

to make a panto in a day

as well as writing stonking rhyme

and so, before we are released

and all get stuck into our feast

show us that you understand

and, just once more, give us a hand.

And that was that.  The food was great; the company was a mixture of all the faiths in Loughborough and it was altogether a terrific evening.

Here, courtesy of Kev Ryan of Charnwood Arts, are some other pics of the evening: 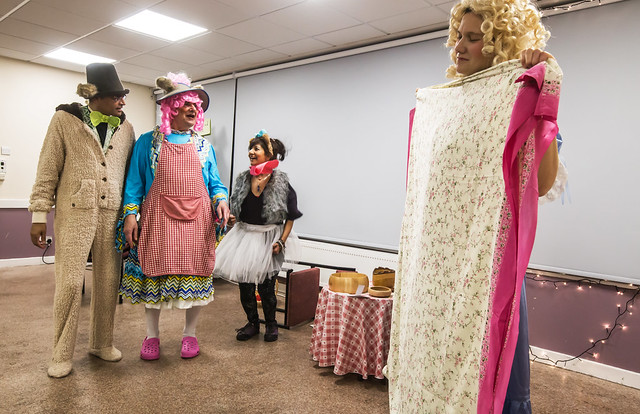 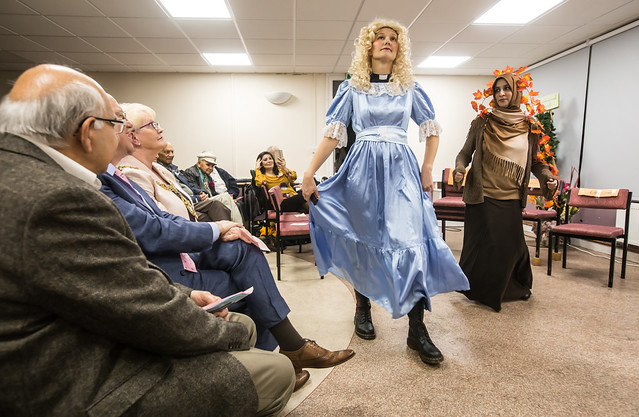 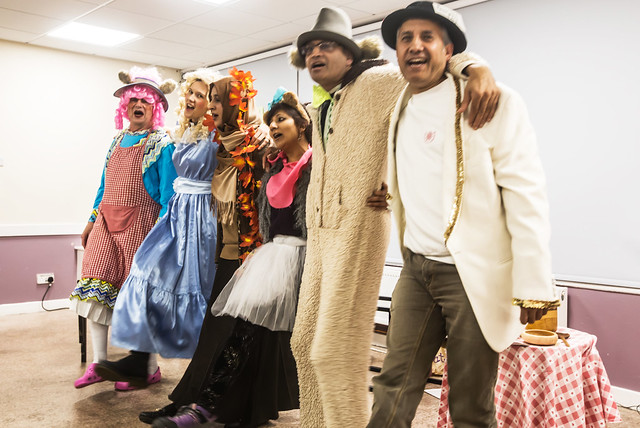 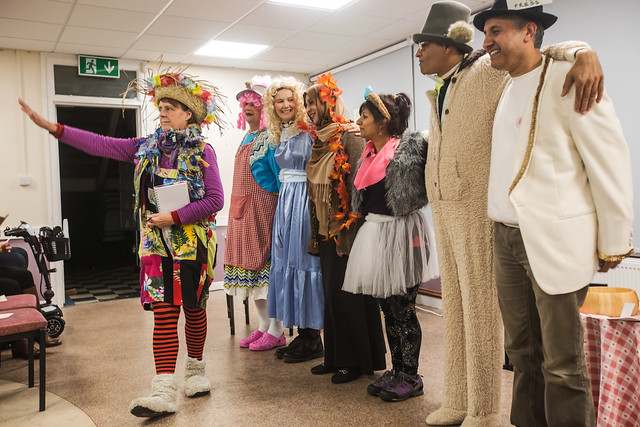