If the name Greenham Common means nothing to you, you’re either younger than 30 or spent the 1980’s living under a rock.  Until a group of women decided to make it the focus of a protest, few people had heard of the USAF (nominally RAF) base in Berkshire where Cruise missiles were sited.  The rhetoric of these disgusting weapons was that they would ‘melt into the countryside’: the reality was that they were transported on our roads and housed a few miles from the town of Newbury and just over 50 miles from London.

Enter a group of peace activists who wanted to do something about this.  They felt the protest would be far stronger if it was women only; and they were right.  Like the suffragettes before them they wanted ‘deeds not words’ and protests which would catch the public eye: like the suffragettes they felt justified in damaging property and so women frequently cut the fence and entered the camp with the aim of disabling the missiles and although they were usually intercepted at least one woman ‘danced on the silos’.

The events that really caught the public eye were the large demonstrations: again, usually women-only, these involved surrounding the base, linking arms and singing and on several occasions bringing ribbons and yarn to decorate the fence (now known as ‘yarn-bombing’, the psychological benefits of which are well understood:)

There was an explicitly feminist angle to all this, which set the female, domestic, anti-war agenda against the aggressive masculine drive for war (ironically at the time the Prime Minister was a woman and one of the most belligerent leaders in modern times).  Some interesting ideas came out of the peace camp about better ways to live, and though some of them, like calling peace women ‘womyn’, seem a tad odd, I regret there are few spaces nowadays to live any sort of alternative life.

The opposition to the Peace Women was loud and furious, like opposition to the suffragettes.  They were accused of abandoning their homes and families, of being ‘unfeminine’, ‘witches’ and ‘woolly minds in woolly hats’.  Sound familiar?

Of course when it was all over and Greenham Common released into common land once more, the powers-that-be said the protests hadn’t made one iota of difference.

Well they would, wouldn’t they?

Did you see Dr Who last night?  Brilliant reconstruction of Rosa Parks protest – and nobody can ever say that didn’t make a difference.  Sadly some people seem to wish we had segregation back again:

It makes me sad.

On the plus side, here’s what Greenham looks like now: 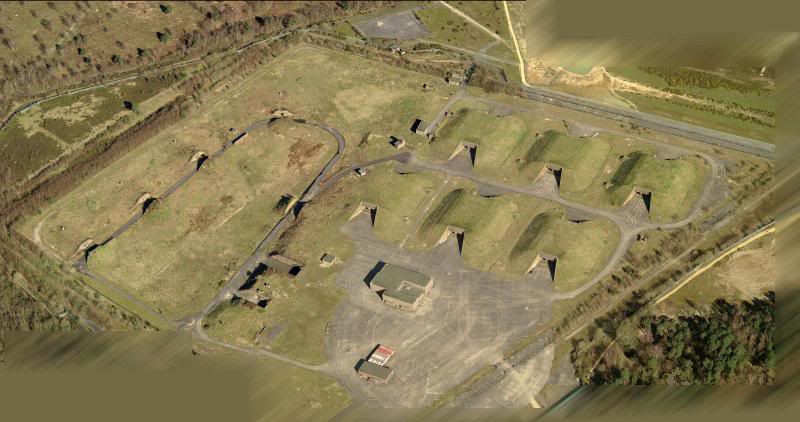 It makes me feel very peaceful, like when I think of the earth after humans have gone.