Today is the first Sunday in Advent and so should be a time for looking forward.  Yet we often find ourselves looking back on the year and asking the inevitable question, ‘What have I achieved?’

Well, the answer to that depends on how you define achievement.  The usual way is to consider worldly success in terms of work, money, possessions, and so on, followed by personal goals (travel, weight loss, exercise, etc).  You draw up a sort of achievement balance-sheet: on the plus side you put goals attained and on the minus, and much more painful, side you put negatives such as goals you didn’t achieve.  There might be even worse things to add such as giving up smoking and then taking it up again, losing your job or putting on weight you’d previously lost.

All of this, I submit, has a very negative effect on us.  Even if the goals have all been achieved and the boxes ticked, the sense of satisfaction is likely to be short-lived; then when similar goals are set in the New Year we may feel we should move the goal posts.  Of course this in itself can be very positive: in the last couple of years I increased my yoga practice from 10 – 15 minutes to 20-30 minutes; I now have a vague aim of doing one or two longer sessions.  But this goal comes from an inner prompting, a desire to do more – rather than an external taskmaster wagging their finger and saying ’30 minutes is not enough!’

There’s a truth here which I believe to be universal; and it’s this:

Contentment with where you are is the key to achieving more.

By ‘contentment’ I don’t mean a sort of self-satisfied sloth: 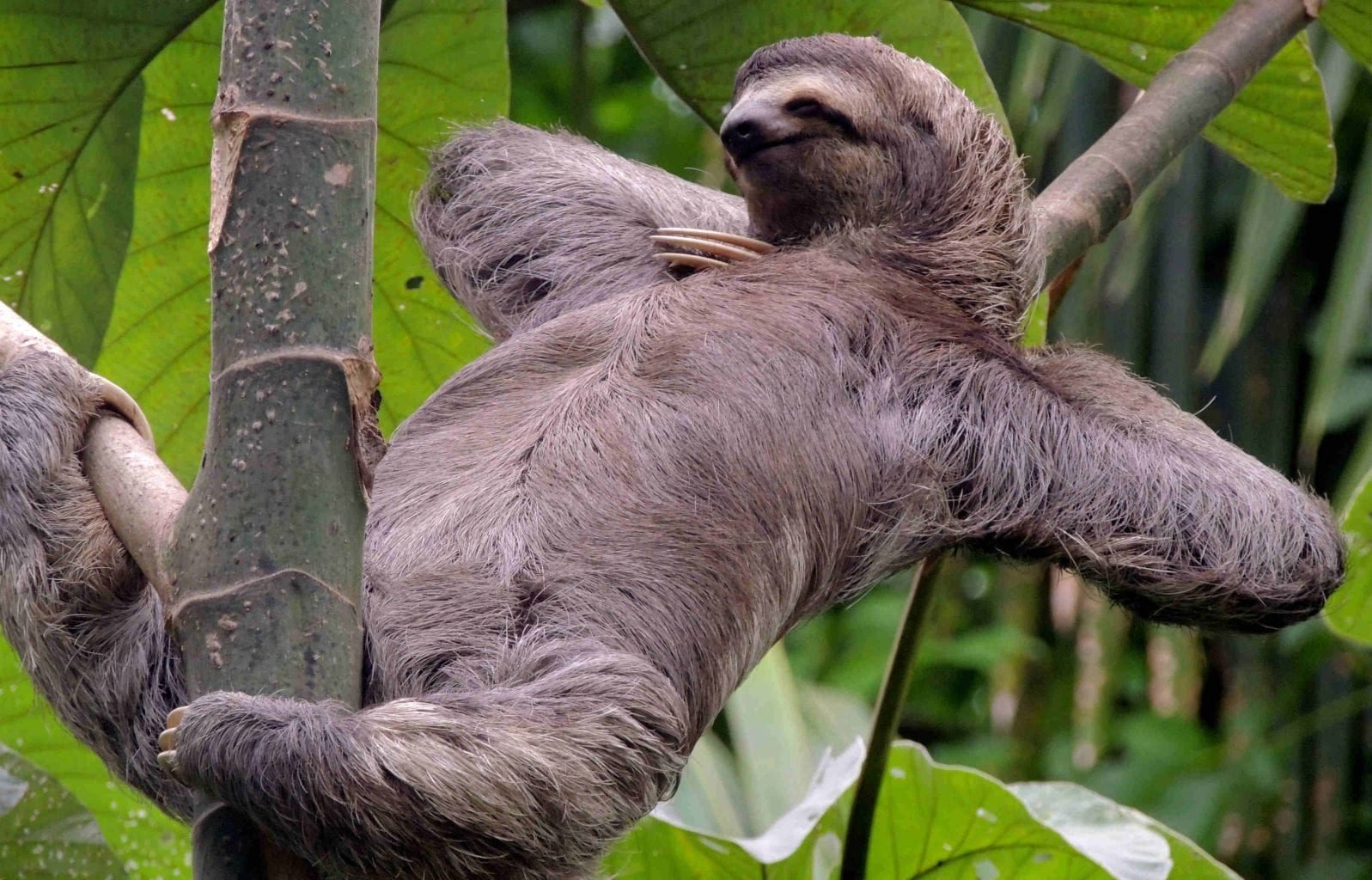 but a genuine ability to be OK with where you are, even at the same time as recognising that’s not where you want to stay.  It’s one of life’s paradoxes that lasting change comes from a standpoint of acceptance rather than discontent.  It’s also self-evident that a lack of contentment means that no goal is actually worth achieving because you won’t be contented there.

The hills may look blue from a distance but once you get there you see more and bluer hills in the distance.  When I get there I’ll be happy, you think – but if you’re not content now, why would you be then?  There are always more and bluer hills to climb.  So you’ve run a marathon?  That warm glow of satisfaction worn off already?  Do a triathlon.  Swim the channel, climb Everest, row around the coast.  Then you’ll be happy.

Consider, if you will, the super-rich.  I don’t know any of these people personally but to judge by their behaviour they, too, are never satisfied with what they have – otherwise why would they always want more?  And they always do want more: one yacht is never enough.  There’s always someone richer than they are.

But as the Baghavad Gita says (I think it’s the Gita) ‘What is found here will be found there.’  Contentment is a quality that comes from within, not from external achievements.  It can be developed but it takes dedication and practice – the willingness to say to yourself, no matter where you are and what’s happening, ‘I am content to be here right now.’  The paradox is that this can spur you on to greater achievements – with which you will be content – until it’s time to move on.

Of course it’s a hell of a lot easier to do this when you’re somewhere nice than if you’re on the streets or in a refugee camp or a hostage in solitary confinement – and far be it from me to lecture people in those situations about how they should behave.  As for me, I first started the practice of santosh (as it’s called in Sanskrit – beautiful word) when I lived in Madrid: walking round the streets and being aware that I wouldn’t be there for ever, I made a conscious decision to appreciate everything I saw and felt and experienced.  But contentment can have a transformative effect on negative experiences too; and be the springboard that gets you out of them.

So I guess that teaches me to be content with only being slightly published.  Hmm – it’s harder than it looks, this santosh…

5 thoughts on “Happy With Your Life?”