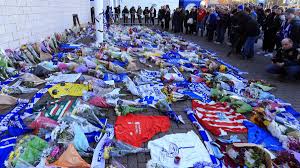 I don’t know much about Abe Lincoln except what everyone knows: that he was shot in the theatre (ouch) but apparently before he died he suffered from depression.  ‘If there’s a worse place than hell, I’m in it,’ is how he put it.  ‘Ouch’ doesn’t begin to cover that.

Nelson Mandela was despised as a nobody, imprisoned for twenty-seven years and yet became the first black leader of South Africa.  The regime took away his marriage to Winnie and his only son.

Maya Angelou became an elective mute as a child after suffering abuse, as her memoir ‘I Know Why the Caged Bird Sings’ relates.  And yet she rose to become one of the foremost authors of the US and gave a recital at Bill Clinton’s inauguration.

What these people have in common is both darkness and greatness – and that’s no coincidence.  Most of us spend our lives avoiding darkness.  It’s painful and confusing; it’s unpleasant and frightening.  It can be absolute hell with no let-up.  Yet in the darkness lies the way to greatness.

Darkness comes when everything else runs out; when all the tried-and-tested methods for keeping your life going have ground to a halt, when habit seems meaningless and loved ones remote.  The darkness comes when you are at the absolute end of your strength; when there is not one ounce of energy left within you to try to make things work any more.  It’s like floating on a black sea: there’s nothing you can do but let it happen.

It’s the same journey Dante made when he ‘woke to find himself in a dark wood where.. the right way was lost.’  Dante has one hell of an Easter weekend; going through the inferno on the Friday, purgatory on the Saturday and finally arriving in heaven on Easter Sunday.  What’s interesting is that he never loses sight of the world ‘outside’, knowing at any moment what day and hour it is, where the sun and moon are and whereabouts he actually is (hell is located in the centre of the earth in his cosmology.)

Hell is the worst thing the human imagination can conceive: read James Joyce’s sermon from ‘Portrait of the Artist’ and then try sleeping, if you can:

I couldn’t.  But you don’t need to believe in Biblical sin and damnation to read Dante.  Like all works of genius it transcends the age which spawned it, and today it can be read as a dark night of the soul; a journey through the depths of depression towards realisation and enlightenment.  In Dante’s cosmology the damned are quite separate from those in purgatory who, though they suffer, have hope.  But we need not read it so: for us, as for Dante himself, there can always be the possibility of transformation, of transition to a better place.

Nowadays we have little concept of sin and punishment.  We have thrown out the sins of our fathers and decided that we are our own judge, jury and executioner.  But the greatest sins are those which separate us from others and from our common humanity – which is why the centre of Dante’s inferno is not fire but a frozen lake.

What melts the frozen lake is compassion.  One of the most moving scenes from the film ‘Gandhi’ is where a man comes to him in despair.  ‘I am going to hell,’ he tells the Mahatma.  ‘I took a Muslim child and bashed his brains out against a wall.’

‘I know a way out of hell,’ says the ever-practical Gandhi.  ‘You must find an orphaned Muslim child and raise him yourself – as a Muslim.’

Here’s an article I found helpful when writing this post:

This seemed like a great title for a post at 6 o’clock this morning but now I can’t think of a single thing to put with it.  So… I’ll just tell you about my morning.  It was great!  Epiphany at Epiphany (ie on 6th January when it’s supposed to be) and some thoughts on how for most people Christmas is over and done with whereas religiously speaking it’s Still Going On, what with the three kings on camels etc etc; a makeshift camel and some limbo-dancing by children with the hump – and then! my Martyrs end-of-year poem, which is reproduced in the e-book.  I’ll just give you a taste:

It’s been a year of high and low

as Dears return and Castles go

the one, the other’s recompense;

there’s sadness at the loss of Sarah,

but that’s another poem, so

to sum the year up in a pair

or two of verses that I’ve hoarded

forever and a day recorded –

or till the Chancel is re-ordered.

That’s the first verse.  I’ve done it, as you will have spotted, mostly in terza rima, which was the rhyme-scheme used by Dante in his Inferno and which gives an impression of time and events going on relentlessly.  The end of each verse has a number of rhyming lines leading up to a running joke about the chancel re-ordering, which seemed to take forever.  It was well-received and I gave out loads of bookmarks and cards afterwards publicising the e-book.  I don’t need to tell you the address:

I’m trying to think of a way to link in the title.  What’s that quote about straining at a gnat?  Well!  Whaddayaknow?  It’s about camels!  The thing fits in by itself: ‘You strain at a gnat but swallow a camel.’

And that’s the thought for today…

Thanks Doug for your comments on my limericks.  Here’s another one which I wrote for someone who was my guide through a dark place:

I walked in the temples of hell

those halls where the famous do dwell:

I said, Let’s up the ante

you Virgil, me Dante –

there’s a market, so get out and sell.

(the last line was a quote from Thatcher, reportedly speaking to arms dealers.  That woman made my blood run cold)

Poetry is pouring from every pore.  Here’s another

Incidentally, there’s a reference there to “Withnail and I” the excellent film with Richard E Grant and Paul McGann www.amazon.co.uk/review/R2G4XPVC6OXN6S

In this scene, Richard E Grant corpses so badly that in the end they just keep it in.  (Incidentally, I find the “death” imagery in comedy interesting – eg “I died”, “I killed them” etc.)

I’m working on another poem called, “On Not Being Published”.  It’s not fit to be seen yet, but when it’s thrown a few clothes on and brushed its teeth, I’ll give you a glimpse.

Discouraging event this morning – I received a comment from someone about the blog which I thought was genuine but which turned out to be spam.

There is a circle of hell reserved exclusively for spammers.