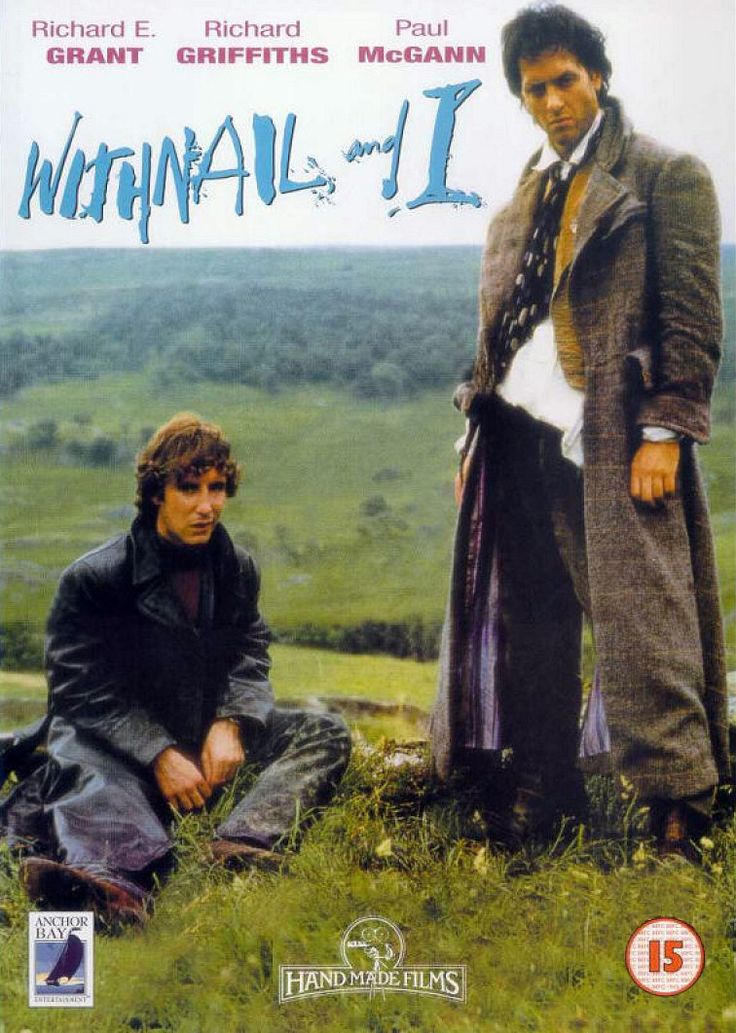 I take as my text today the script of Withnail and I: yes, all of it – for as I have so consistently pointed out the entire film is basically a collection of quotes linked by a somewhat haphazard plot.

But my subject this morning is not the film per se, but the Facebook group.  It is my contention that The Withnail and I Appreciation Society is one of the healthiest groups on social media.  Why?  Because it allows people to hurl the most terrible insults at each other with impunity.  When someone calls me a terrible c**t, I chuckle; when a man declares that he means to have me even if it must be burglary, I laugh uproariously and when people ‘feel unusual’ I’m not a bit spooked.   Because the film licences this rudeness, which is not about the person you’re talking to but about your shared enjoyment of the film.  And this is very healthy I think.

This is what happens: people post pictures, memes and links to news stories on which to hang their references to the film.  And because the film has a thousand and one quotable bits, it just keeps on going.  As a youth I used to weep in butcher’s shops.  I’ve only just begun to grow last year.  The joint I am about to roll can utilise up to twelve skins.  It is called the Camberwell Carrot.  This will tend to make you very high.  Bollocks, I’ll swallow it and run a mile.  That wouldn’t wash with Geoff.  Imagine getting into a fight with the f***er.

It’s not all insults: you can offer sherry, fulminate about cats or eulogise root vegetables.  You can talk about garlic, rosemary and salt or good quality rubber boots; you can tell Miss Blennerhasset to call the police or demand the finest wines known to humanity.  You can even go on holiday by mistake.

The film ends with a soliloquy from hamlet, another play that’s full of quotable bits.  Though Hamlet isn’t quite as funny…

If it’s Wednesday it must be social and political comment, and the topic for today is ‘Equal rights and after – where are we and where do we go next?’

In the last 30 years things have changed from a position where able-bodied white males were in power virtually everywhere, to a society which is relatively far more equal.  There may not be many black or Asian MP’s, but there are some: there may not yet be 50% of women in Parliament but there is a significant slice.

Thirty years ago women were generally in ancillary posts – secretaries, nurses, teachers, cooks and cleaners – or else in the most menial of factory jobs: unskilled and low paid.  Many women worked only in the home, a place of long hours, scant recognition and no pay at all.  All that has changed: it is now out of proportion easier for a mother with small children to work outside the home: to establish a career before marriage and continue it after giving birth.

But there’s a problem.  Since women did nearly all of the caring – not only for young children but also for old people – there is a crisis in caring.  Barely a day goes by without some story in the media about neglect or abuse of the elderly.  Not only that, but we have travelled so far down the line that it is now difficult for women NOT to go back to work after having children, even if they want to stay at home a bit longer.  Hence the Facebook group Mothers at Home Matter Too: Home Educating parents are particularly concerned in this debate.

What is the solution?  We’re not going back to how things were, but how do we move forward?  And what is to blame?  Is it the equality agenda or the relentless push for everyone to make money?