As I’ve mentioned before certain one-liners from The Fast Show (did it contain anything but one-liners?) have made their way into our private discourse in this house. When we’re feeling smug about something we finish up with a well-timed ‘which was nice’; when we’re wearing something new I will often ask anxiously if my bum looks big in it and if someone is wrong on the radio we will point to it and shout: ‘Oi! Johnson – NO!’ in the time-honoured manner. But one of our favourites is Jesse’s diets. Jesse was a down-at-heel slob who would emerge shabbily from an outside loo in order to declare ‘this week I shall be mostly eating…’ and go on to mention some unpredictable diet he would be following this week. But occasionally Jesse would branch out and announce that this week he would be mostly wearing… something like Dior or Vivienne Westwood or possibly a Scouts uniform – you just never knew.

The strength of The Fast Show, however, was generally its predictability. Like many comic tropes you knew what was going to happen but not when or how. Oh, how you hope that this time the depressive artist is going to finish his painting and that the dreaded word will not come up – but inevitably it does and he starts repeating ‘Black – black – black’ in a doomed voice. Charlie Higson specialises in the repressed upper-class type who breaks free, as in this brilliant scene where he dedicates a karaoke song to Ted. Will we ever forget the drainage in the lower field? Will things ever stop being ‘nice’? Must we always hear the word ‘black’ and go on a rampage? Does my bum look big in this?

In more up-to-date TV news I finished watching the second episode of New Elizabethans which I was happy to see featured Helen John (‘you’ve been gone too long’) of Greenham Common fame. I’ve blogged before about meeting Helen and how she oohed and aahed over Holly as a baby; about the protests I attended where we surrounded the base and yarn-bombed the fence and about the massive demos in London of which the Greenham Common women were a part. So that was good to see. I also attempted the newest version of The Grinch; having been told Benedict Cumberbatch was starring I was visualising a live action film in the manner of Jim Carrey’s version – but alas it turned out to be yet another CGI film. Yawn. So I turned over and watched the final instalment of Small Axe, the excellent Steve McQueen series about the black experience in London in the 60s and 70s. I shall blog more about this later.

So yes, dear reader, I hereby emerge from a run-down outside toilet to tell you that this week I shall be mostly wearing plastic, for the garments I wear are made partly from recycled plastic bottles and are entirely righteous. 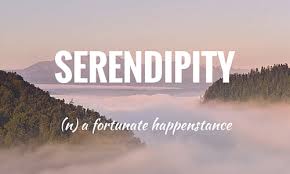 Yes, folks – today is towel day: the day on which we remember Douglas Adams:

It’s the day when we remember the man who brought us the Total Perspective Vortex, the Babel Fish and the Paranoid Android; the day when we honour the man who wrote the Hitch-hiker’s Guide to the Galaxy, the spinner of concepts, the maker of extraordinary jokes, the complete one-off who is, was and ever will be – Douglas Adams:

He is in some sense the victim of his own success: so many of his concepts have entered the language (the special nature of the number 42; the phrases ‘carbon-based life-form’, ‘a small unregarded blue-green planet at the unfashionable end of the outer spiral arm of the galaxy – and of course, ‘grimbister’, meaning ‘a group of cars all travelling at the same speed because one of them is a police car’).   The other great thing about the series now known as H2G2 was, of course, that it was written for radio.  As they always say, the pictures are better on radio – and subsequent TV and film adaptations have not come close to the original.  Alan Rickman is a great actor but I just don’t buy him as Marvin.

Last night was pretty hoopy and frood as well: lots of national and international women (and men) came together at the Ale Wagon to celebrate International Women’s Day for Disarmament (they also gathered at the Thales factory on Scudamore Rd to protest about Drones, but I skipped that one.

It was cold! and frankly, I feel I’ve done my share of sitting in all weathers outside Greenham Common and Molesworth.)  Last night was in the warm and dry upper room of the Ale Wagon where there was music, song, food – and of course, poetry! provided by me and others.  And here, on Mark’s channel, is a video of me performing:

The sound isn’t great, but check back in a few days because he’s going to upload more.

Bury in Haste, Excavate at Leisure

Yes, the latest discovery to roll out from the Richard III excavation is that the body was buried in great haste.  Not a huge surprise, I guess, given the circumstance, but interesting nonetheless.

And that was Friday.