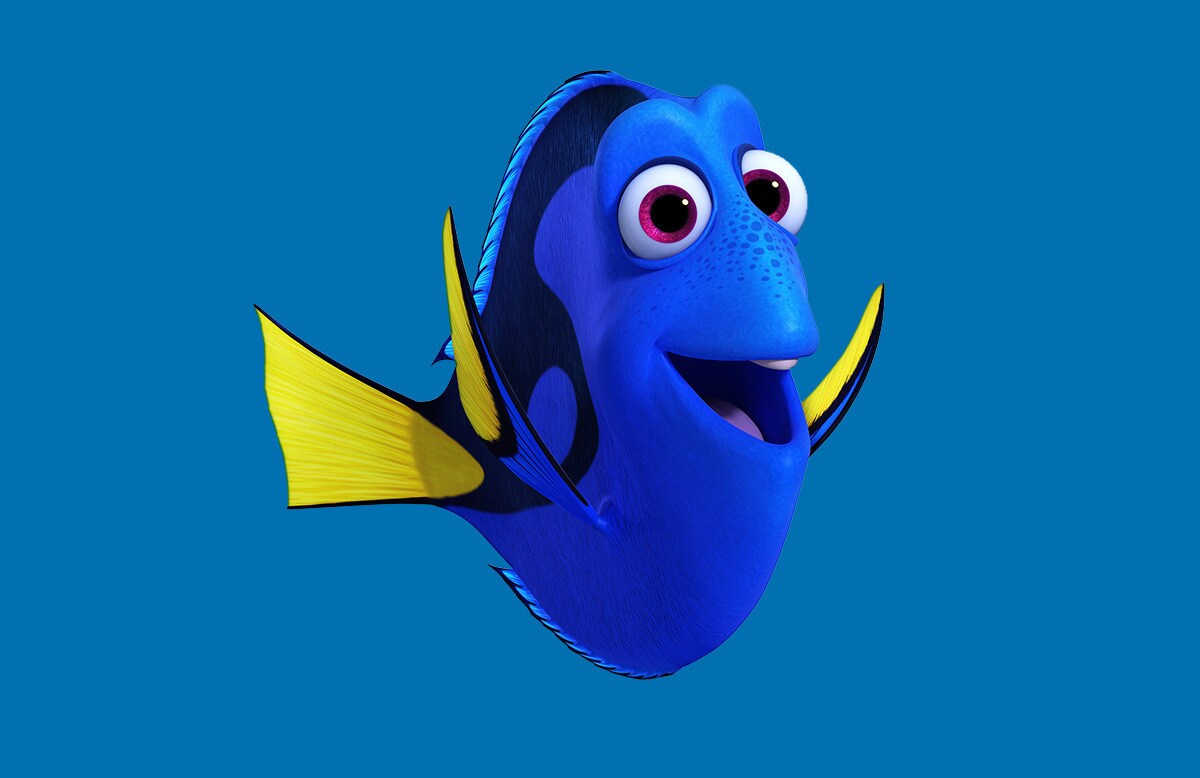 Yep, we all know this small blue fish, don’t we?  Dory is one of my favourite animated characters ever; and on occasions when my other half gets moody I am fond of getting in his face, making a pout and saying:

Well I took my own advice today, having gotten out of bed the wrong side after a disturbed night.  And what better than to do the thing I’d been intending ever since we moved here – and go swimming?  How could I in all conscience excuse myself when on our very doorstep stands a fully-equipped leisure centre complete with swimming pool and all the accoutrements?  I couldn’t.  I didn’t.  I got out of bed, threw on a few clothes and dived in.  It. Was. Great.  I have been buzzing all day simply from the sheer joy of breasting the billows for twenty lengths: I even got to swim in the medium lane, which I never do, being normally consigned to the slowest of the slow.  I had expected the pool to be full of business-men and -women thrashing up and down before their power breakfasts.  Not a bit of it: my fellow-swimmers were mostly elderly plodders.  It was very relaxing.

– or ‘arse long, y-fronts longer’, perhaps… You know how there was a fashion for young men to wear trousers half-way down their backsides, tastelessly displaying half the underpants beneath?  It was utterly gross and thankfully you don’t see it much any more – but, well!  Daniel has a pair of trousers which saves him the trouble of having them at half-mast * by having a false pair of pants sewn into the top!!!  I ask you!  It’s like having a false ladder in your tights or a false hole in your crotch.  Tights – now there’s another abomination.  There have been a couple of periods in my life when due to work, I was obliged to wear skirts – and hence, tights.  Tights are the work of the devil; they are an instrument of slavery.  Uncomfortable and cold in winter, uncomfortable and sweaty in summer; you only have to look at something sharp to get a ladder in them – and if you’re a teacher you quickly find that old school desks and chairs eat tights by the dozen.  Tights are not a garment – they are an instrument of oppression and should be consigned to the outer darkness.

Having said that, I have some brightly-coloured pairs which I wear for fun – but that’s completely different.  I also have some thick woolly ones which do keep you warm and don’t get ladders in.  But the others – the ones that imitate flesh?  You can keep ’em.

Last night I went to Pinggk thinking poets would be thin on the ground – but there were loads!  It was a great evening with some music, French poetry and songs from Mellow Baku.  I did The Lady in the Van and sold a couple more pamphlets – I now have only two left! which is brilliant.

I may go for a swim today, if the pool is open.

Took Daniel and Holly to a swimming party yesterday.  Bit of drama when the fire alarm went off and they had to empty the pool.  Turned out a baby had been sick.  They wouldn’t have bothered in my day.  They’d have just got Mr Bates to come along with his bucket and fish it out.  Mr Bates was a swimming instructor – scary but good.  He knew when you were ready to swim and he made you do it: I didn’t think I was ready but he made me go – and to my astonishment, I swam half a width!  It was  one of those moments when you feel a great change in your life.

That was in the old baths.  Treaty Rd, Hounslow – all bottle-green tiling, small and very noisy.  Next to the old library.  Remember?

Ah.  Maybe you had to be there.

There was an old hospital too, before they closed it down – full of nurses bristling with hostile efficiency.  Then they knocked it down and you had to go to West Mid.

Finished the Ian Rankin I was reading.  Want to start another but the plots tend to get mixed up in my mind. The blurb on the back says “Rankin weaves his plots with menacing ease”.  Sounds good.  I asked Owl, and he says that’s what he weaves them with.

I need a loom for mine.  And I haven’t got the right sort: I need a literary loom and I’m stuck with this old romantic one.

All of which is a way of saying, I’m no good at writing plots.  First I get an idea, then a philosophy, then some characters – and finally, if I’m lucky, something like a plot emerges.

I’ve been going on too long this morning.  Woke up too early.

PS no links this morning.  The bastards have defeated me.