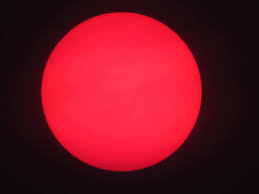 Happy Burns night to all our Scottish friends from your friendly local rogue-in-a-parcel.  I’m never quite sure what people do at Burns nights: do they burn a boat or is that some Shetlands thing?  Do they fling the Highlands over their shoulder?  Do they fight bare-breasted with a baby under each arm?

I suspect not.  I seem to remember Jan saying that at her Burns night there would be music, Scottish dancing and food.  So that’s all good – anyway, it’ll give Steve a legitimate reason to put on a kilt, won’t it?  There you go Steve, don’t say I never give you anything…

It’s as cold as the Shetlands here at the moment, or at least it feels like it. But at least it’s dry.  I’m much better at dealing with dry cold than I am with damp cold: the damp gets into my bones and I can’t get it out again, no matter how I try.  Still it’s lovely and toasty where I stayed last night.

Hey, I’ve just looked up the weather for the Shetlands and guess what?  It’s exactly the same temperature there – 5 degrees – as it is here!  Oo, gosh that makes me feel really raw-boned and granite-chinned, just like a true Scots lassie.  Alas, I have no Scots blood whatsoever, while my other half is one-quarter Scottish, of the clan McIntyre-Ure.  This clan has the most boring hunting tartan ever, and their motto is a truncated version of the RAF one: whereas the RAF go by ‘per arduas ad astra’ – ‘through hardships to the stars’ – the McIntyre-Ures are made of far sterner stuff.  No wishy-washy namby-pamby heading for the stars for them!  No sir!  The McIntyre motto is simply ‘per ardua’.

I seem to remember Thatcher once quoting a Scots poet who said:

‘And does the road wind ever up?

Ay, to the very top’

That explains why she was such a pain in the arse.

But the only version I can find is a much more comforting one by Christina Rosetti:

There are a couple of stories told about the McIntyre clan.  They once owned land which included a mountain on which there was snow.  The rent for this land was fixed at one summer snowball and a pure white calf; and this worked perfectly well until one day they decided it was silly (can’t think why) and asked for money.  The rent went up and up and eventually they were priced off their land.

The other story about the McIntyres is of how they got their name.  Once there was a Princess who was captured by a Viking and taken on board his ship.  As they set sail one of the retinue, a carpenter, took some blocks of wood from the sides of the ship and filled them with tallow.  The ship was sinking and the Vikings demanded he put the blocks back.  He refused until they agreed to return the Princess – and that is how the clan was named McIntyre, meaning ‘son of a carpenter’.

I have to admit that Mark shows some of the character traits of a McIntyre: he is quite austere in his approach to life; he walks everywhere and is not at all fazed by cold, hunger or pain.  The only thing that really bothers him is a fake tartan or a tin of fancy shortbread…

Take our simple test: look out of the window.  Is it raining?  I mean really raining?  Then it must be a Bank Holiday weekend.  I expect you had some gardening planned, or a picnic; or maybe a walk in the park or a trip out to the Peaks.  I’m sure you were going to make the most of the time and get out; not sit around and watch DVD’s.  I’ll bet you had a list of jobs to do that needed a modicum of dryness – like cleaning the windows or clearing out the guttering or decorating the fascia of some inaccessible part of your house.  Didn’t you?

My plans were quite modest.  They involved little bits of gardening: there’s a planter that needs planting with – er, plants; and there are some weeds demanding to be pulled up or sprayed with the stuff I bought the other day under the impression it was totally organic but it isn’t.  (Greenwash, they call it; you google ‘organic weedkillers’ and assume that what comes up is going to be organic.  Hm.  Caveat emptor, I guess.)  Apart from that I expect I was going to sit in the garden for a bit and admire the plants I’d put in the planter; or get out and pick some elderflowers for my next batch of wine.  Of course I could still be bloody-minded and go ahead and do these things – but it won’t be much fun getting soaked while I do it.  The other day I went out to vote and on the way back I got so wet that I stopped off at a friend’s house to steam in her kitchen and drink something hot and wet.

Said friend returned the visit yesterday when I rashly put on Facebook that I had made some brownies; within moments my entire on-line acquaintance within a five-mile radius was threatening to come round and help me eat them.  (I may be exaggerating slightly.)  Actually it was good fun to have a spontaneous meeting of a couple of friends; we discussed people we knew and what was going on at the Sunday Assembly.

So whatever you’re doing this weekend, you have a choice of doing it and getting wet, or not doing it.

But you knew that.  Have fun…

Meanwhile, here is some light music.

Remember Ian Macaskill? He was a manic Scots weatherman who, one day in the dismal summer of 1985, said: “I’m trying to think of something good to say about the weather. Meanwhile, here is some light music.” That was in the days before weather people had Personalities. He was the first.

A good weekend, although rather tired yesterday. On Tuesday I have what you might call a counselling session about our financial situation. I am unaccountably nervous about this, as though it will reveal cracks in my personality (with a small p, but possibly a large C). I don’t find it easy to ask for help with things – I like to sort them out on my own. But sometimes you just can’t.

I woke up feeling dislocated and not able to remember which of our family members are alive and which are dead. That’s not what you want on a Monday morning.

Have a good week – and think rich!

PS  Speaking of the Scots, in Leigh, Lancs where I used to live there was a character called Scotch Colin* (also a little manic) which in turn reminds me of Scotch Corner, which is no longer a corner but a huge bloody roundabout at the end of the M1.  The same thing has probably happened to Pooh Corner, but I haven’t been there for a while.

* with a short o as god intended.