Sarada is not my real name: my birth name is Elizabeth, not so much after the Queen as the biblical character as my father was a priest.  Since my teens I am known as Liz: call me Elizabeth on pain of Elizadeath.

For years I was messing about with pen names and not finding anything suitable.  I considered variations such as Beth or Lisa but none of them grabbed me.  Then it so happened when I was living in Madrid, that a yoga retreat was advertised in the mountains.  It sounded idyllic but wasn’t: in a convent reminiscent of Castle Dracula in the mountains above Avila, coldest place on earth bar the Arctic where the central heating came on for half an hour a day, it wasn’t what I’d envisaged.  But on the first day we were invited to choose a ‘spiritual name’ – the name of a god or goddess who embodied qualities we wished to develop in ourselves.  I liked that idea and leafing through the Hindu pantheon I found Saraswati, goddess of creativity and wisdom.  I didn’t quite like the polysyllabic Saraswati but looking underneath for alternative names I found Sarada.  Here she is playing the veena: 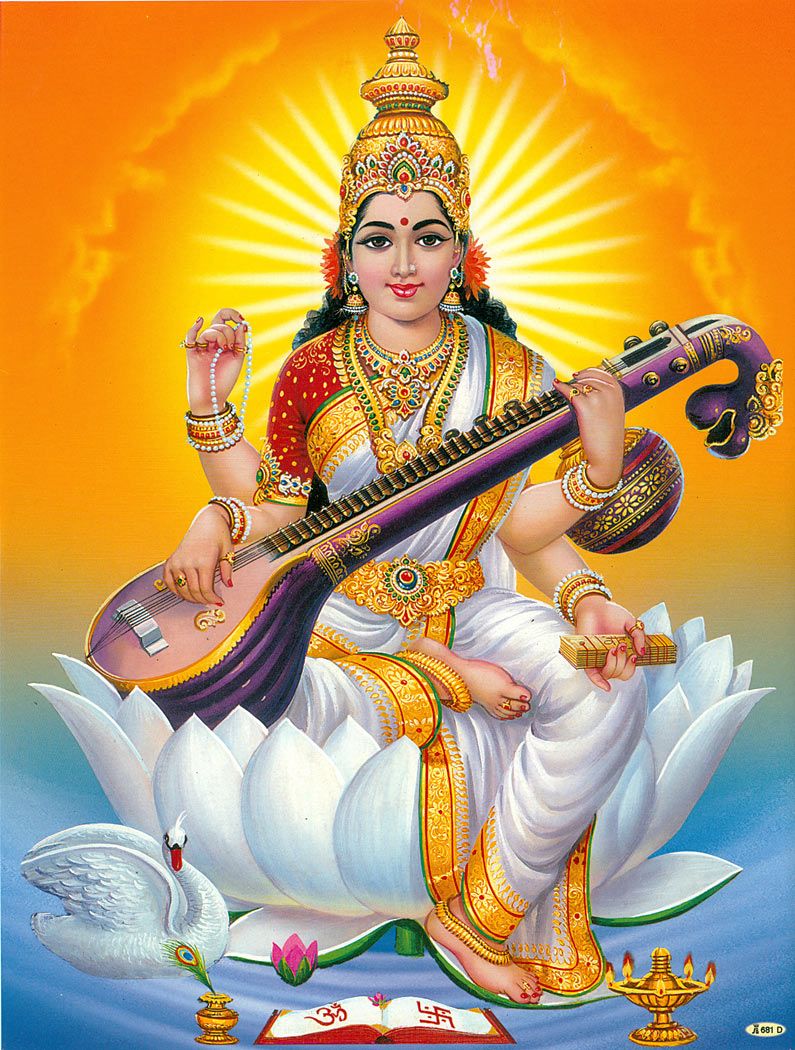 And there was my pen name.

7 thoughts on “Why Sarada?”